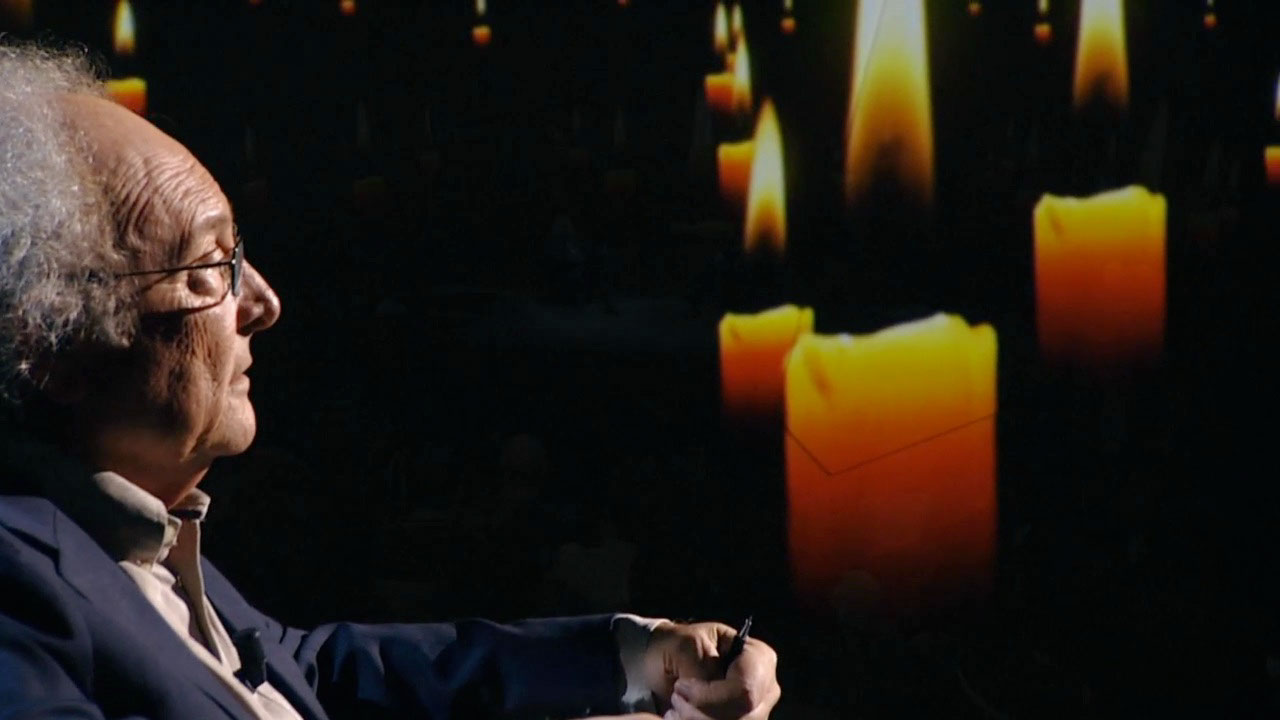 Spain’s channel TV3 from Catalonia aired in November 2011 a series of two special interview programs with the scientist and tv-icon Eduard Punset and the humorist Andreu Buenafuente. The program ‘Com va la vida’ had risen high expectations and resources, proposing an innovative use of videomappings in live television, resulting in an excellent audience share of 22,5%.

My friends of Tigrelab were chosen to do the videomapping and audiovisual contents for this format, projecting live visuals onto a 24 by 3.5 meters wall, a reacting and evolving audiovisual stage.

20 concepts like ‘love’, ‘city’, ‘brain’, or ‘future’, were visualized to support the live conversation. There were also some audio-reactive parts, developed by Roman and Pelayo of Welovecode.

I did the motion design and animations for nine different backgrounds.

This project has won the Laus Bronce Award in 2012 for it's Audiovisual Design.